The Philly Children’s March was organized through social media last December to create a local, family-friendly response to the tragic events and lack of justice in Ferguson, Missouri; Cleveland,Ohio; New York City; and around the country.

The first march was held in Mt. Airy on Jan. 3. It was a child-friendly action in response to Ferguson, aimed at affirming the belief that black lives matter. Since then, members of the Philly Children’s March have held events to build community around this issue and marched as a family contingent in the larger MLK DARE March. 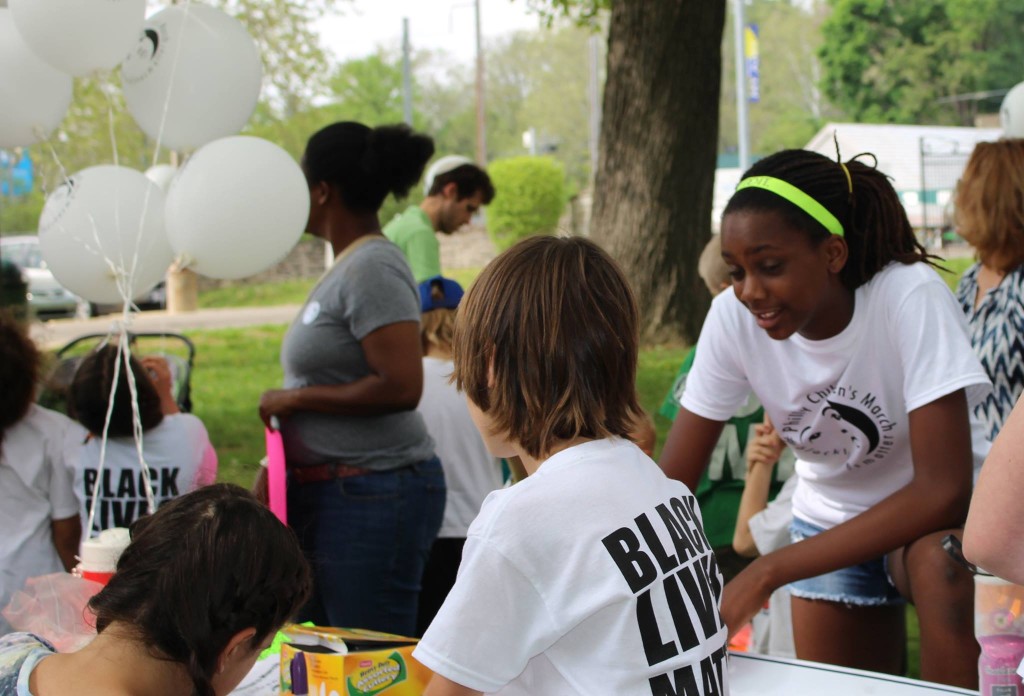 The group is evolving as a community for exploring and addressing issues of race and racial justice across both race and generations. Moving forward, the goal is to hold at least one family-friendly event per month. Since January, there have been house meetings, book talks and meet-up. But true to its name, they also continue to march.

On May 9, the group held its second Children’s March in Mt. Airy in solidarity with Baltimore. Families met on the fields of the New Covenant campus for poster-making, play, singing and chanting. As children made posters to carry for the march, many had conversations with each other and with adults about what their sign should say and why they were marching. 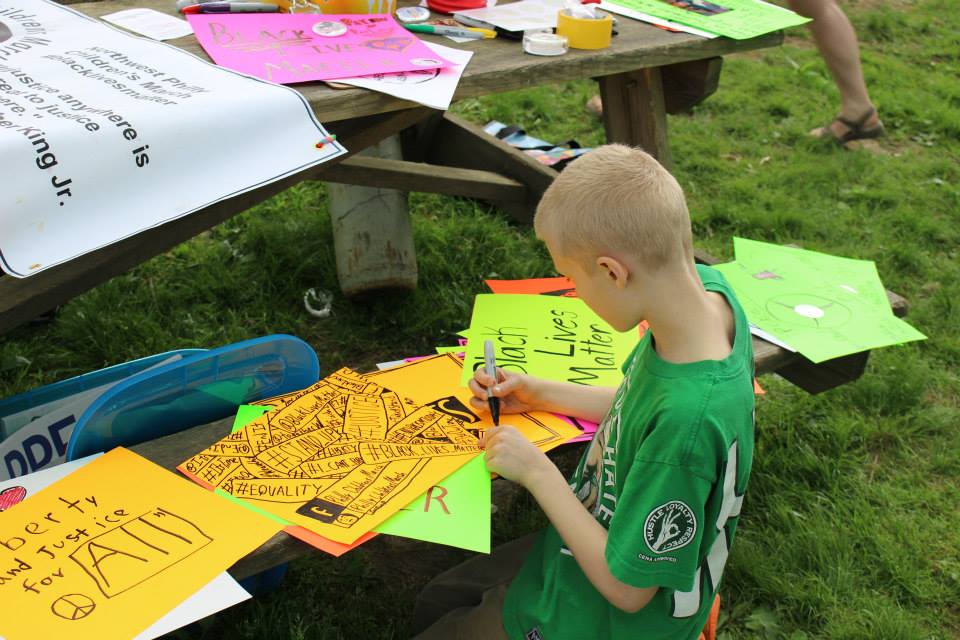 This simple act of sign-making provided a powerful, but age-appropriate entry point into conversations with young children about equality, police brutality and racial justice.

The signs reflected a wide range of children’s understanding of the issues. A four year old painted a sign that said, “No killing back people. We love black people.” 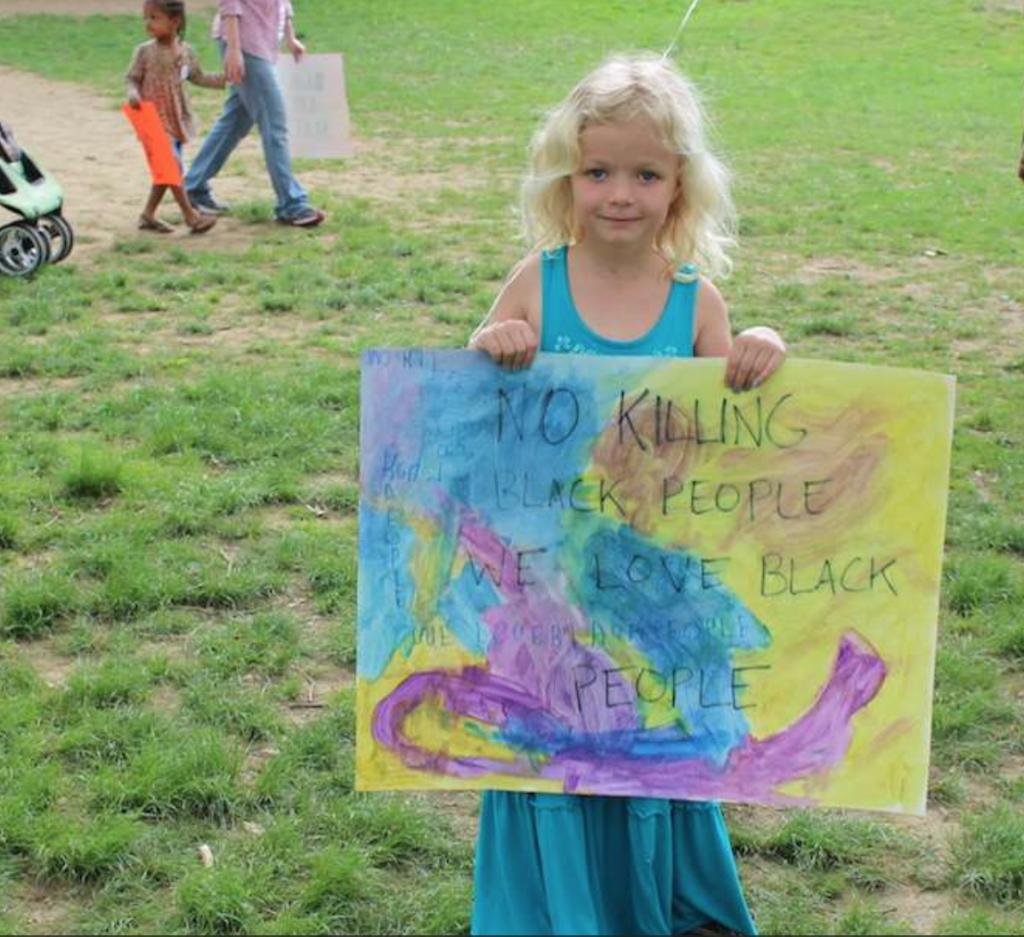 Chants and songs were also co-led by children both before and during the march. High schooler Sam Gerlach, led the marchers along the route chanting “Black Lives Matter! Love and Justice!” and, “From Philly… to Baltimore! Black Lives Matter!” The children also wrote messages on a large banner to send to students in West Baltimore. 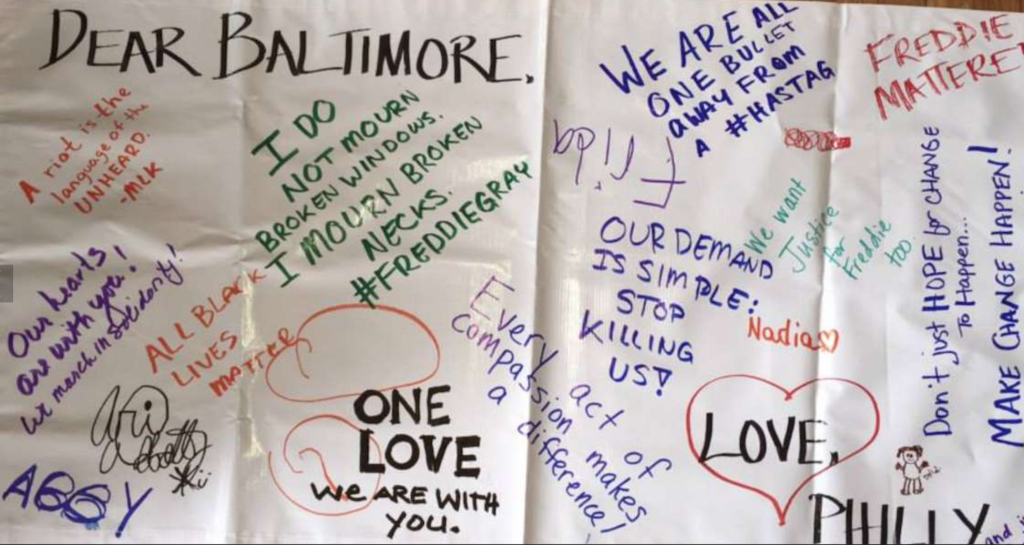 The crowd reflected a mix of ages. Children as young as one marched alongside older children, grandmothers, and the occasional high school or college students. 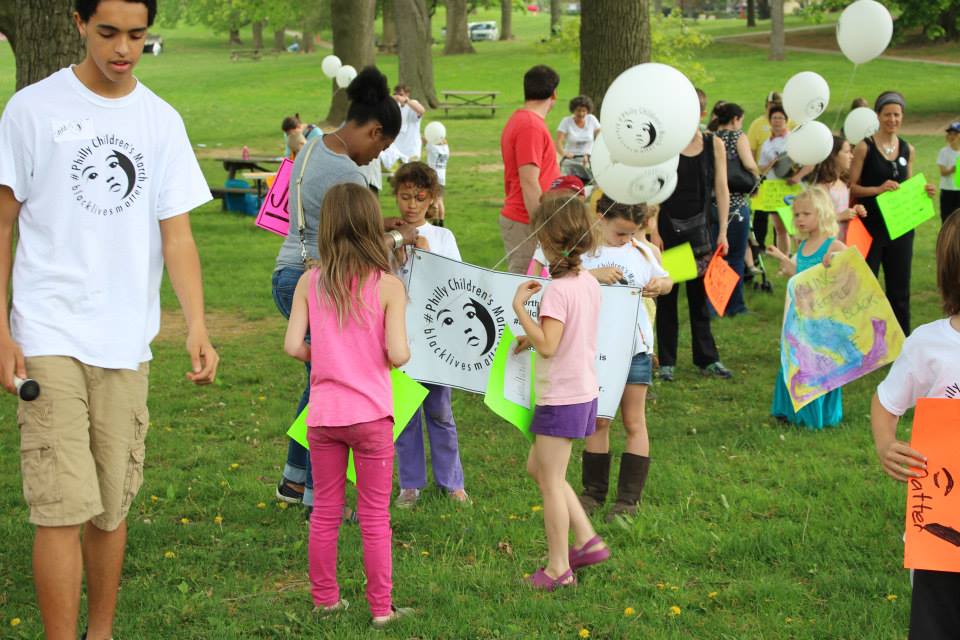 The “action” item for the march was to promote funding for universal Pre-K in the city. “Preschools, not prisons” was another marching chant, as parents were informed about the upcoming Philadelphia Primary Ballot option to create a Universal Pre-K Commission in the city. 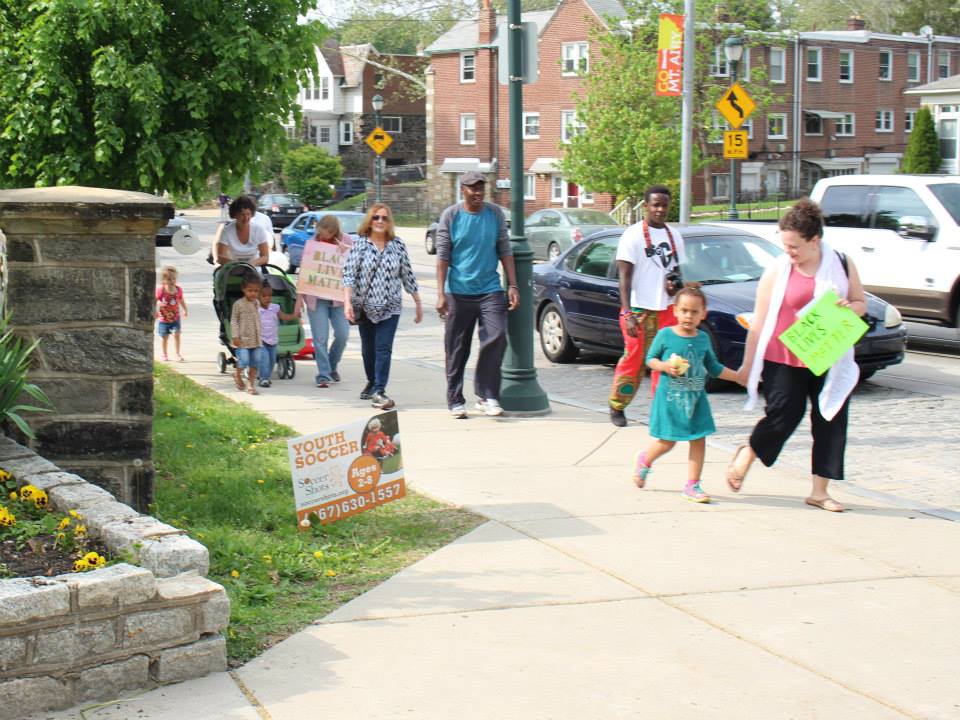 The group marched along Germantown Avenue to horns honking, store owners clapping, and lots of supportive calls for justice. The march endpoint was the Mt. Airy Playground, where marchers sang a final song, played with each other, and were treated to water ice compliments of the Trolley Car Diner.

Although the big goal of the group is creating the systemic change needed for a more equitable and just society, we also enjoy the company and community we’re building along the way.