Philly Children’s March continued to support the work of Philadelphia public school students throughout the spring of 2016. After a powerful march in their own neighborhood, Samuel Powel Elementary’s 4th grade students wanted to keep marching against gun violence. As part of their work with teachers Joe Alberti and Chris Power, Need in Deed, and CeasefirePA, students learned about gun legislation in Pennsylvania and in their own city. 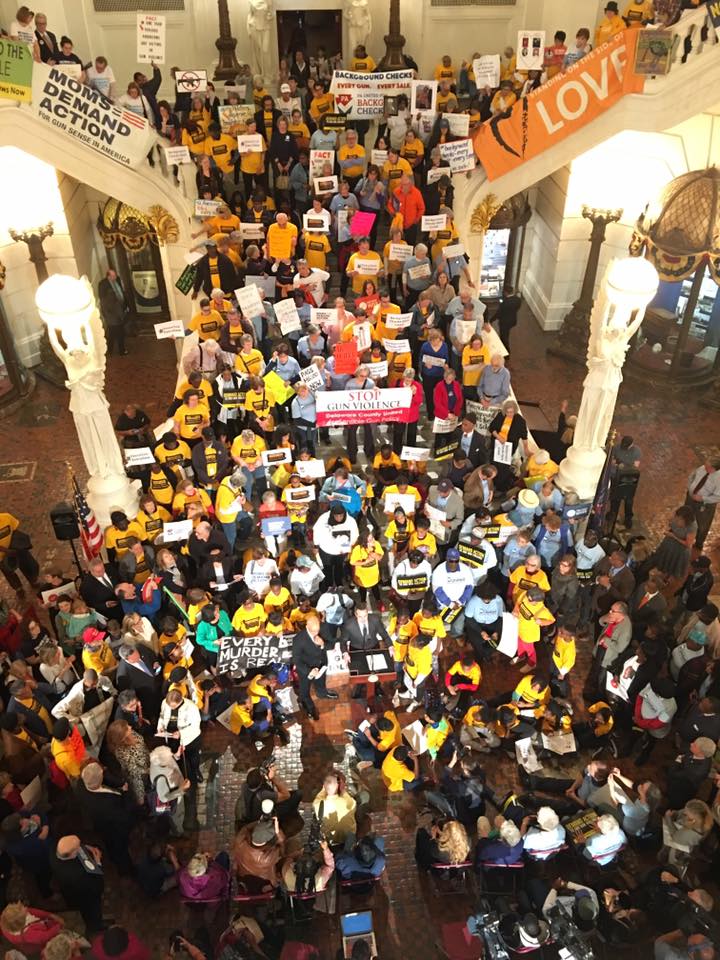 Inspired to speak out, students stormed the capital building in Harrisburg, joining with Ceasefire PA and other groups to call for sensible gun control across the state. These 9 and 10 year olds went door to door, asking legislators to consider their votes for both HB 1010, which requires background checks for ALL gun purchases and HB 1020, a bill that requires all stolen guns to be reported to the police. The students were informed and ready to demand change, both in the hallways and front and center on the steps of the capital! 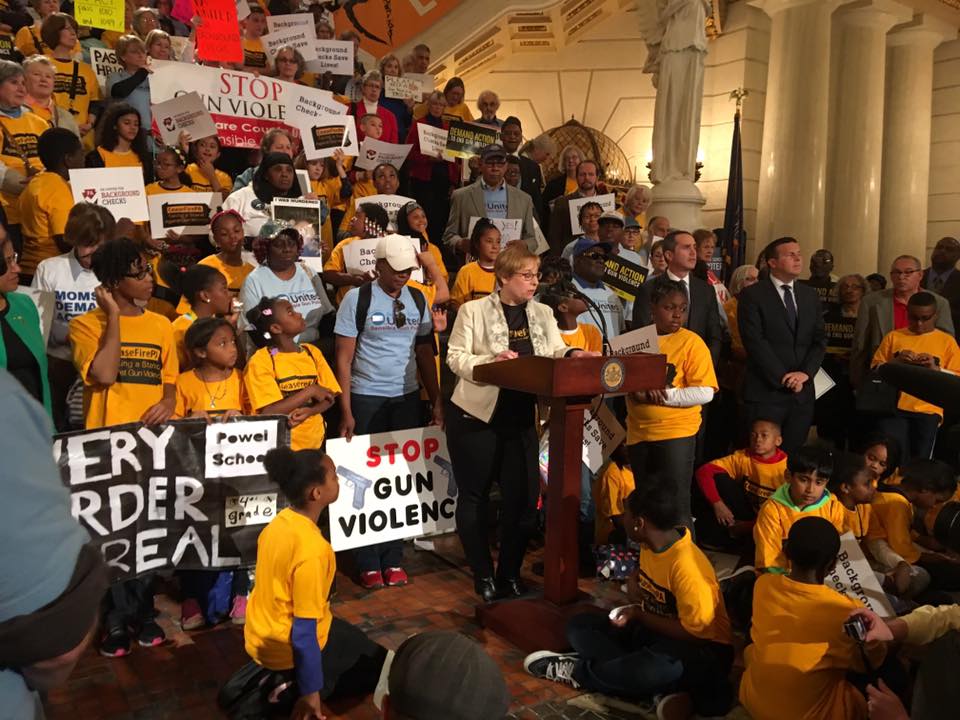 But their advocacy didn’t stop there. Just a few weeks later, students were marching up Broad Street in Philadelphia, all the way to City Hall! City Councilwoman and staunch education advocate, Helen Gym, marched alongside students with signs held high, leading the powerful chants they’d written for their marches. 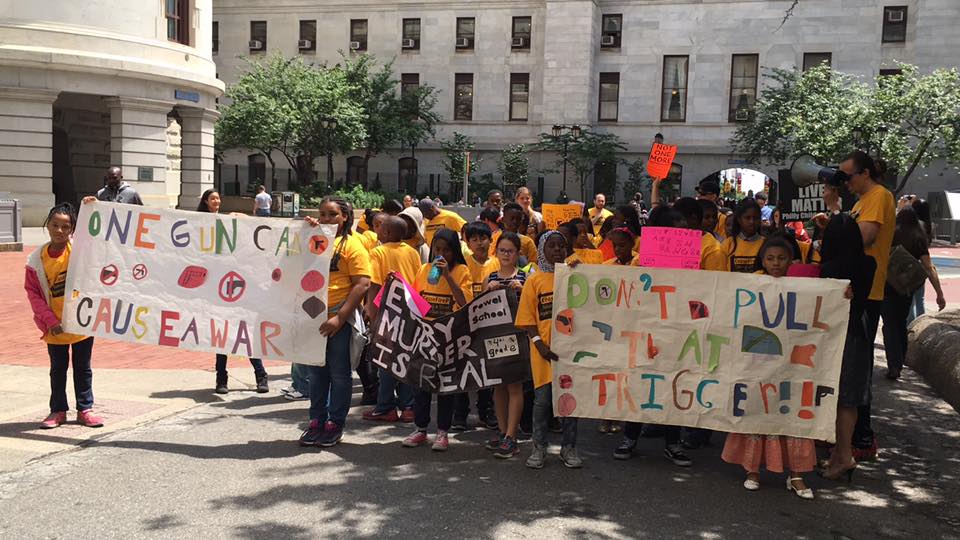 “I matter. You matter. We Matter. Guns don’t matter!” 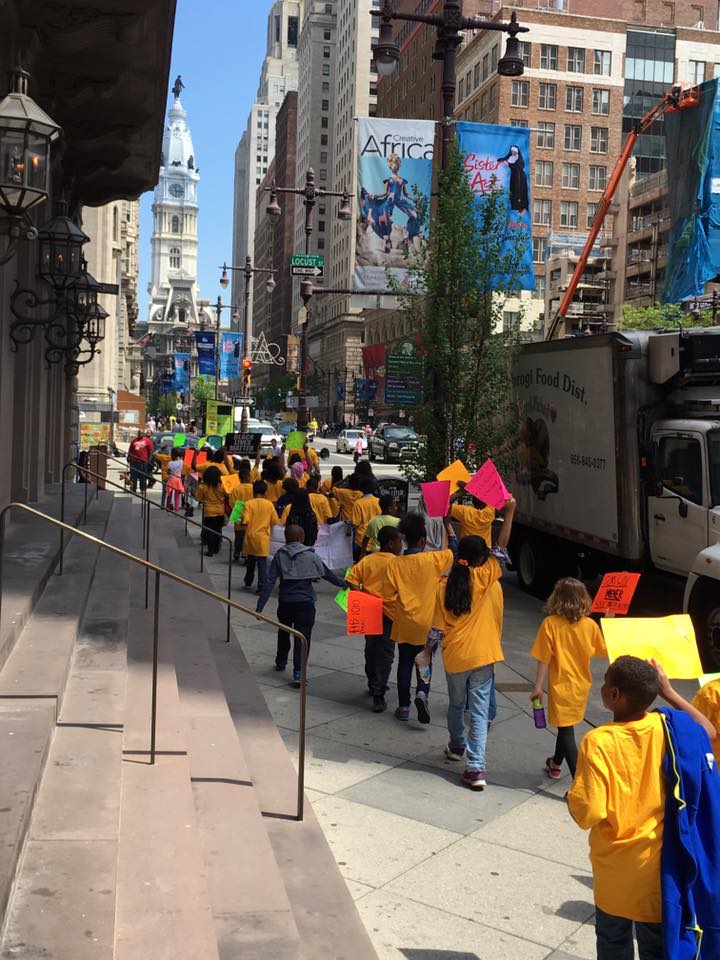 After marching up Broad Street and around the outside of City Hall, students went inside to brief and debate with other city legislators in the Caucus Room, sharing powerful personal stories about loved ones lost to gun violence. 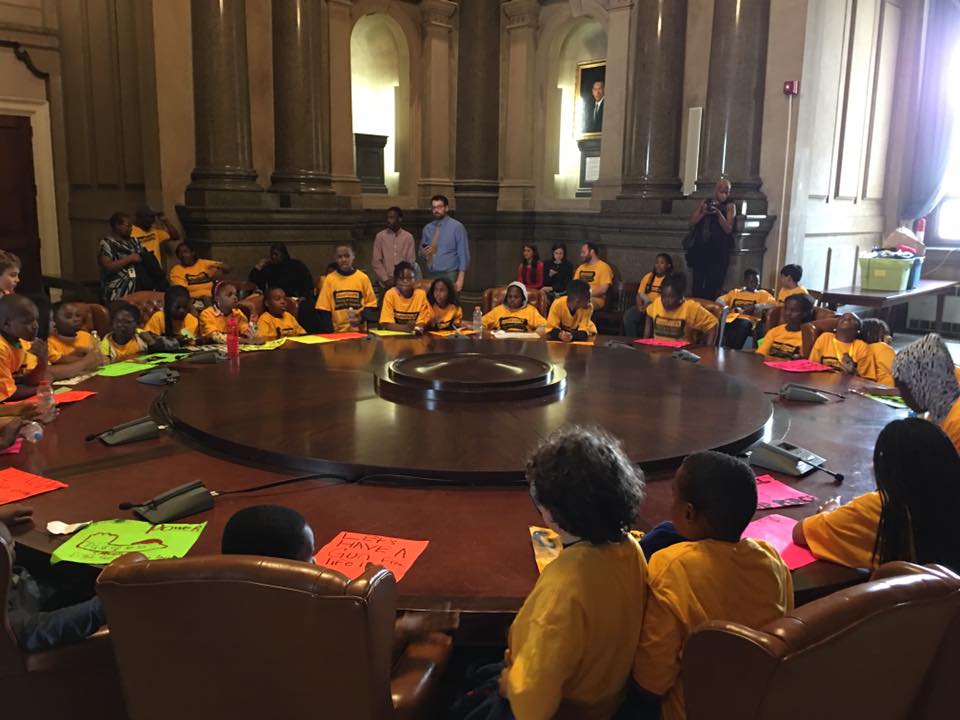